People are funny about their cars. Give them $30,000 worth of engineering, fuel economy and safety features, and what do they go nuts about?

The handy configuration of cup holders in a busy mom’s minivan. The sporty spoiler on a Camaro. The cheery dashboard bud vase in a Beetle. Heated seats to warm up a shivering driver on a snowy morning. 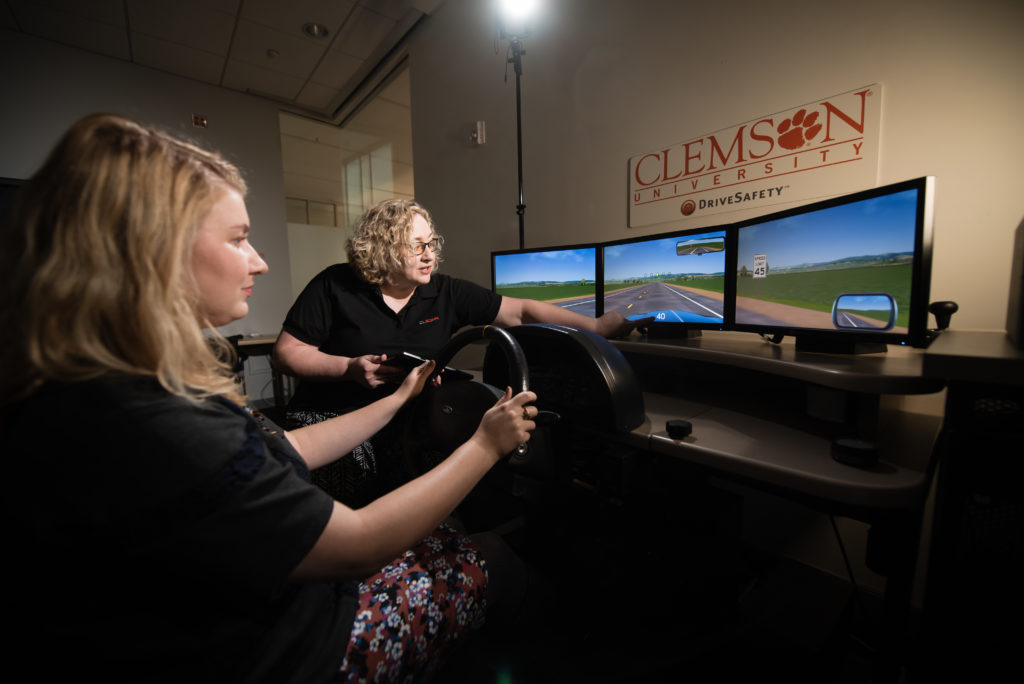 As a human factors psychologist, researcher and associate professor at Clemson University in South Carolina, Johnell Brooks makes it her mission to study what people really want as they interact with their vehicles. She jokes that her role at Clemson’s International Center for Automotive Research is “to teach engineering students that humans exist.”

But she’s not just working on issues of style or comfort. Focusing on “human factors” puts her in the thick of some of the toughest issues facing the auto industry today. For example:

Brooks describes her interactions with CU-ICAR’s intensely focused engineering students as “fantastic,” while cheerfully conceding that she’s a bit of an outlier in their midst.

What she does have is the ability to broaden the perspective of the engineering student who fantasizes about creating a Formula 1 racecar, but is less jazzed about vehicles in which parents carpool with their kids. She also strives to pass along her passion for finding pragmatic solutions for drivers with health challenges.

“Working with engineers every day, there are so many things that, as a team, we are capable of doing,” she says.

Her own doctoral. dissertation analyzed a problem that’s not common among grad students, but often worries their grandparents: difficulty driving after dark because of declining acuity in their night vision.

Research that makes a difference – that’s always the end game for Brooks. “I want to focus on issues that people face every single day,” she says.

Autonomous vehicles: What will people want?

A study, which Brooks led and published in April 2018 demonstrates the forward-looking aspects of her research. It explored design issues for users of autonomous vehicles – specifically, those whose challenges or impairments make them likely need such vehicles.

Among the study results: Carly realizes that ideally, she’d want to sit behind her kids, not with her back to them as she does while driving now. For Allen, voice control features would be a plus. Klare imagines having extra-large dashboard displays. Phoebe says she needs space to confer with up to four clients.

The study is a jumping-off point for similar research on potential autonomous car users such as senior citizens or families with infants. “We’ll have to think about a broad range of users,” Brooks says.

Working with simulators:‘A passion for people’

For Brooks, an especially rewarding area of research involves fine-tuning simulators to help drivers who have physical challenges.

She learned early in life how driving can affect a person’s sense of freedom. At age 21, she developed a case of meningitis that left her unable to drive for a while. “It was kind of like being on house arrest,” she recalls.

Her work with driving simulators has addressed young people on the autism spectrum and people who use wheelchairs. Also, in collaboration with Spartanburg Regional Healthcare System, Clemson researchers are working with simulators to investigate how soon a person should drive after suffering a concussion.

In a study funded by the U.S. Department of Transportation, Brooks and her team looked at how seating position affects older drivers. It highlighted the importance of having seats properly adjusted – and controls that are easier to reach and operate.

“The loss of driving independence issue is such a huge issue,” says Steve Hallmark, CEO of Utah-based simulator maker DriveSafety. He has worked with Brooks on simulators to be used in occupational therapy settings – including extensive use with wounded service members in Veterans Administration hospitals around the country.

“Johnell has brought a wealth of depth and experience to what we do,” Hallmark says. “She has been key to significant changes to make the simulators more useful to patients and more comfortable for them.”

In her lab at CU-ICAR, Brooks demonstrates some features that have been incorporated into driving simulators to make them more realistic. For example, there are urban and rural driving settings, virtual encounters with other vehicles and scenarios in which pedestrians appear. For someone learning a new way to drive – say, using different controls because of lost limbs – practicing with simulators can be an important step toward driving again.

Brooks’ approach is “all about real-life applications,” Hallmark says. “She has a passion for people, and for looking beyond the theoretical to ‘how can we really help these people?’ ”

In search of the next cool thing

He cites an exercise in which she asks students – predominantly young males – to get into and out of a sports car, a minivan and a Mini. Then, she has them don “pregnancy” belly padding or high heels, and try it again. Not so easy, is it, guys?

Filipi laughs recalling the spectacle, but says it’s an excellent way to encourage greater sensitivity among the future engineers.

“As they go through her exercises and then share their observations … it helps them remember how important it is to consider the actual consumer,” Filipi says.

Having a psychology background means Brooks gets excited about research in clinical settings. But her position at CU-ICAR – a place where creativity is in the air – means she’s also working with people obsessed with finding the next cool thing in automotive engineering.

They’re definitely thinking outside the cup holder. In projects such as Clemson’s Deep Orange concept vehicles, they have worked on features like unusual swivel seats to accommodate the gregarious members of Generation Z, and a sport utility vehicle with external USB ports for those who might want to charge up and web surf in the great outdoors.

The Deep Orange 7 vehicle was a reimagined BMW Mini for which Brooks’ expertise in simulators came in handy. Researchers tested a parking assist system to help prevent a careless driver from banging into it in a parking lot. Blades of color (blue in front, red in back) deliver a warning for anyone who gets too close, and if they miss that, a display flashes “STOP.”

Another intriguing idea in that iteration of Deep Orange – in which grad students design and build vehicles in cooperation with industrial partners – explored sensors that detect hand gestures. No, not the ones you usually see in traffic, but gestures that could activate a sound system or turn on the air conditioning.

Brooks and the team found that making the right gesture was not always intuitive. Still, the concept could suggest promising ways to avoid the distraction of fiddling with buttons and dials. 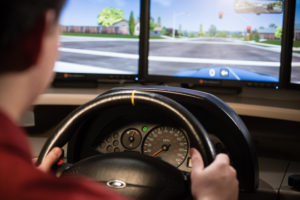 But what will be the next gotta-have feature to capture the attention of the car-buying public? It’s bound to involve tech. And autonomous vehicles, perhaps? It’s obvious that Johnell Brooks is working on some cool possibilities – but a conspiratorial smile is all she’ll provide for now.