In his 2015 self-published memoir, I Hear My Angel Sing, Sean Suggs, president of Toyota Motor Manufacturing Mississippi (TMMM), describes his early childhood experiences, including his parents’ divorce, his mother having to move with her children back to rural North Carolina to live with their grandmother, and how for a year, he and his siblings picked tobacco and fruit on a nearby farm—from dawn to 6 p.m.— to help support the family.

“It taught me that you must work hard to achieve great things in life,” says Suggs. “It also taught that I wanted more in life than just being a field worker.”

Suggs says in his memoir that he and his family later moved to Baltimore to an inner city neighborhood rocked by violence, drugs and lack of opportunity. There, he struggled, describing himself as a so-so student with a spotty school attendance record.

But, Suggs says, he always dreamed of a better life for himself.

“Growing up in the inner city of Baltimore,” says Suggs, “not having the most stable family a person could have, but having a personal belief that I could do more and achieve more, I think a lot of perseverance has gotten me to the level I’m at.”

That perseverance eventually led him to Oakland City College in Oakland City, Indiana, where he earned his bachelor’s degree. In 1998, he took a job at Toyota, working at the company’s Princeton, Indiana, plant on the factory floor.

“I started at Toyota on-line as a team leader,” he says. “I was able to do the jobs that my team members currently do. So I can relate to them in a lot of ways on some of their struggle points and some of the things they may need to make their jobs more efficient and better.”

“Having those kinds of experiences in my life,” says Suggs, “have helped me to understand every level of the organization and maybe some of the struggles they may have. But it’s a continuous improvement process. I’m always learning every single day on how to improve.”

Suggs later earned his business administration degree at Auburn University. Then in 2011, he left Toyota to work for Nissan at its North American headquarters in Franklin, Tennessee. There, he rose through the ranks, directing areas from strategy and administration to human resources. Additionally, Toyota put him in charge of production quality at its Canton, Mississippi, manufacturing and assembly plant.

Meanwhile, the year Suggs made the leap to Nissan, Toyota began assembling Corollas at its newly constructed vehicle manufacturing plant in the village of Blue Springs, Mississippi, 20 miles northwest of Tupelo. At the time, Blue Springs was home to fewer than 230 residents, according to the U.S. Census Bureau.

By the end of 2018, the plant was on target to produce some 142,000 Corollas, according to information provided by the plant.

Today, he oversees some 2,000 team members at the Blue Springs plant. He says TMMM’s team members are engaged in carrying out the company slogan, “Start Your Impossible,” and fulfilling Toyota’s core value, kaizen, meaning the continual effort to make improvements in the company’s manufacturing processes.

“We’re trying to transition into a mobility company for Toyota,” says Suggs, “and in order to do that, we’ve got to think differently, and our actions have to be different, and our motivations have to be innovation and looking toward the future. So ‘Start Your Impossible’ is giving everybody the challenge to say ‘What can I do differently today that can add value to the company?’

“Our challenge here in Mississippi is to get our team members to think of the small kaizens or continuous improvements that they can make in their process every single day,” he says. “And as we build on those small things, the big things will happen. So, ‘Starting Our Impossible’ here is real. We believe in it. Our team members have bought in and at the end of the day, the results count and matter.”

One new program the plant launched in 2018 is called, ‘Find It and Fix It’ where team members are encouraged and empowered to not only find problems along the production lines, but to fix the problems themselves whenever possible.

“They’re empowered to make change,” says Suggs. “At the end of the day, they own the processes. They’re the experts. They know what makes those processes tick.”

The plant also benefits from an Advanced Manufacturing Technician (AMT) program offered through Itawamba Community College, Suggs says. AMT students can earn a two-year associate’s degree to become an advanced manufacturing technician. Students in the program attend classes two days a week, learning topics such as fabrication, electricity, robotics and mechanics. In addition to their classwork, the students also get hands-on experience working at the TMMM plant two to three days a week.

“It’s been a good program to fill that skilled labor gap,” he says. “But what it has also done for us is that it has taught some of the members who have come here to think more innovatively on how to take the process to the next level.”

He says one recent innovation involved a new conveyance system with a safety buffer designed to prevent injuries as it conveys vehicle parts to the line.

“It’s really good innovative technology that we’re using now,” he says. “It’s things like that that get the creative juices flowing with some of our members who have participated in that program. So far we have had really good success with the AMT.”

Besides his role at the plant, Suggs has also been active in the community. His activities have included serving on the nine-member Mississippi State Board of Education, the Mississippi Economic Council’s executive committee and on the Mississippi Manufacturers Association Board.

Suggs is married with six children ranging from 23 to 31 and two grandchildren, he says.

“If that doesn’t keep me busy enough,” says Suggs, “I really enjoy playing golf. It’s my stress reliever. I think the reason I’m so attracted to it is because it takes me away, but also it’s a very difficult sport. So, it’s challenging, and it keeps me on my toes.”

He also enjoys writing, he says. In addition to his memoir, Suggs also self-published a book on leadership a few years ago. He gave the book an attention-grabbing title, Kiss My @#$ Leadership, which he says is actually an acronym for leadership principles he teaches: Kindle, Intellect, Simply Lead, Servant Leadership, Money Maker, You, Attitude, Systems and Succession. 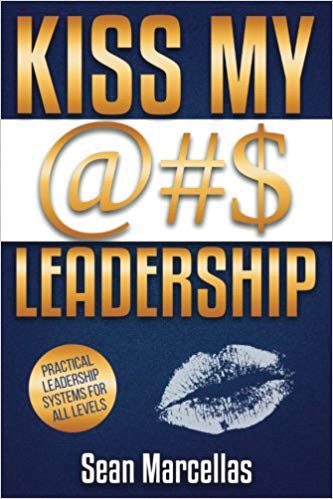 In the meantime, inside the TMMM plant, it is all about teamwork, he says.

“We have a one team spirit,” he says. “We preach that all the time. You think about putting over 2000 parts together for each vehicle. It takes a lot of teamwork and a lot of drive. And the results have shown that we’ve been doing a good job of practicing that.”

Looking back, Suggs says he originally took the job at Toyota not only to support his family, but because he wanted an exciting career. He says the company delivered on that.

“What a great ride this has been.”