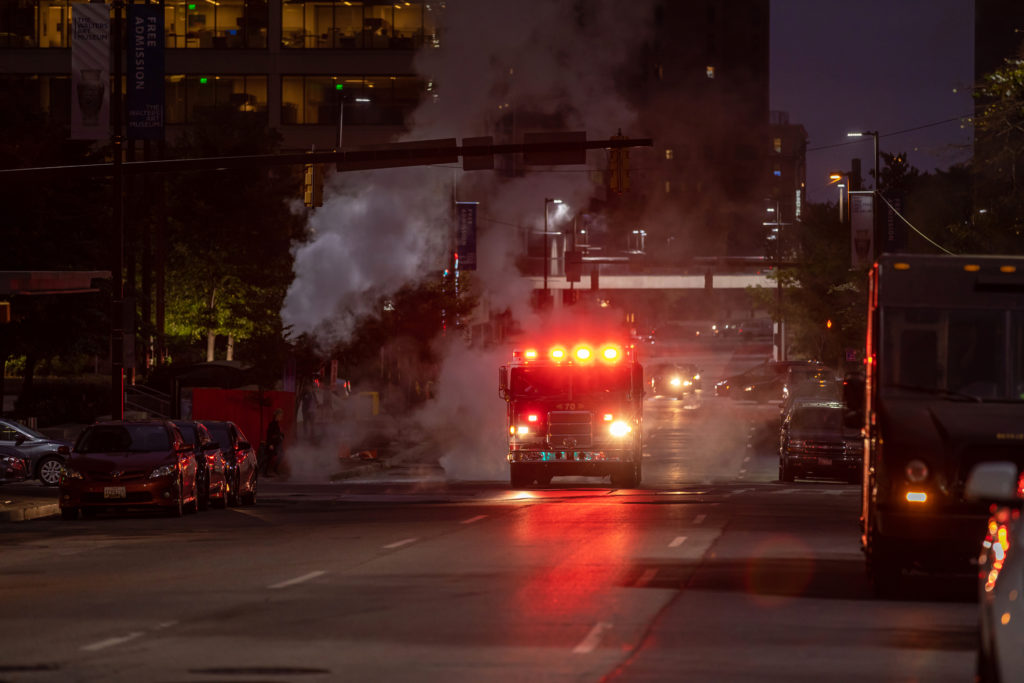 Autotalks and Applied Information Inc. have teamed up to deploy the world’s first real world test sites for technology connecting vehicles with traffic control devices such as traffic signals that can yield rights of way to emergency vehicles.

The technology is called Dual-Mode/Dual-Active Vehicle-to-Everything (V2X), with the first deployment in Georgia, soon to be followed in Texas and Hawaii.

Autotalks, which specializes in V2X technology, will install their dual mode chipsets in emergency vehicles and on roadside units, such as traffic lights. Atlanta-based Applied Information has developed a Dual-Mode/Dual-Active Roadside Unit to communicate with vehicles equipped with V2X On Board Units, which will allow emergency vehicles to preempt traffic signals for priority. Other uses are in transit buses and vehicles involved in roadside work zones.

The first site of the deployment will be in Alpharetta, Georgia, where the traffic control signal will give right of way to emergency vehicles such as ambulances and firefighting vehicles. As a result, these vehicles can arrive at their destinations earlier, potentially saving lives.

In Alpharetta, more than 150 traffic control devices are connected and will be the first real life testing site for this type of deployment. The deployment will take place throughout a 78.5 square mile area surrounding Infrastructure Automotive Technology Laboratory (iATL) in Alpharetta. The iATL is the world’s first private-sector facility for developing connected vehicle applications for both vehicles and traffic control devices, such as traffic signals.

Applied Information has signed similar agreements in Texas and Hawaii, where the two companies are cooperating in similar deployments.

“Our work with Applied Information, which results in the world’s first Dual-Mode/Dual-Active V2X deployment, is another proof that the auto industry is determined not to wait until the U.S. regulator will decide which V2X technology to deploy,” said Yuval Lachman, vice president of business development at Autotalks. “Whether C-V2X (Cellular Vehicle-to-Everything) or DSRC (Dedicated Short-Range Communication) is selected, there is a move to deploy agnostic technologies such as the one we are offering with AI, and to begin saving lives today.”

This collaboration will also expedite Israel-based Autotalks’ entry into the U.S. market. The fabless semiconductor company has offices in North America, Germany, France, China, Japan and Korea. Autotalks believes that it has an important advantage as its dual mode V2X chipset can enable the U.S. automotive industry to immediately start large-scale V2X deployment during the period of uncertainty until a uniform technology is chosen. With the company’s dual mode chipset, carmakers can focus on bringing enhanced safety to U.S. roads with V2X without taking into consideration which V2X technology will prevail.

Applied Information is a developer of smart cities, connected and intelligent transportation system solutions designed to save lives, improve traffic, drive commerce and help the environment. Its TravelSafely™ smartphone app connects drivers, cyclists and pedestrians and the transportation infrastructure for a safer mobility experience.