Toyota Motor North America announced May 20 that a new executive will be heading its Huntsville engine plant. 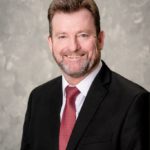 Finch has held many leadership roles at Toyota including positions in quality assurance, assembly and manufacturing, the company said in a press release. “This
past March he joined Toyota Alabama (TMMAL) as vice president, administration, manufacturing and manufacturing support,” the release said.

Fernandes, who lead the Huntsville operation for about 3 years, saw the plant launch a new engine line and produce nearly 2 million engines. In March, TMMAL announced its fifth 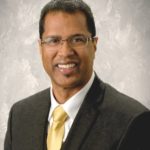 TMNA has 15 manufacturing plants in North America, including the joint venture Mazda Toyota plant being built in Huntsville, with 10 plants located in the U.S. More than 36,000 people work directly for Toyota in the U.S.