Home Features THINCing About What Comes Next

Children are the future. It’s a phrase that’s become such a part of our collective thinking that it’s attributed to pop stars, Thai proverbs, politicians, and humanitarians. It’s something we say we believe, but one automotive company in rural Georgia is actually acting on it.

Since opening in November of 2009, Kia Motors Manufacturing Georgia (KMMG) has created more than 11,700 jobs and produced more than 2 million vehicles, according to the Georgia Public Policy Foundation. But with dozens of auto and manufacturing companies moving to Georgia, the Kia leadership quickly realized that recruiting skilled workers could become a challenge if they didn’t start investing in developing the next generation of workers.

As a first step, Kia reached out to Troup County leaders to gauge interest and see what resources were available. Stuart Countess, Chief Administrative Officer for KMMG, says the community was already thinking about the need for area businesses by the time Kia approached them. Other nearby companies like Milliken and Interface were also growing.

The county organized a workforce committee that determined the area needed a specialized college and career program, which led to the creation of THINC College & Career Academy. Kia was one of the first companies to invest in this new venture, contributing $3 million to get the process started.

THINC Academy is a charter school located on the campus of West Georgia Technical College and is part of the Troup County School System. It’s designed to get students thinking about their future careers and to model what they will experience in the business world. For example, THINC has a CEO, not a principal, who oversees the school and curriculum.

Local manufacturing plants like Kia are most interested in mechatronics, a combination of electronics and mechanical engineering. “Many companies were having trouble finding certain skill sets — people who had good electrical backgrounds, mechanical backgrounds,” Countess says. “There was clearly a lack of individuals with those skills. And we recognized that in our own general hiring processes.”

Countess says that these soft skills are just as important to creating a good workplace environment and contributing to the overall success of the team as the technical skills students’ learn. And there’s data to back this up. A recent study by iCIMS Hiring Insight found that 94 percent of recruiting professionals believe that employees with soft skills are more likely to be promoted to leadership positions than their counterparts who lack those skills.

THINC Academy is a half-day program with block classes. Students attend classes at their local high school for part of the day and go to THINC for a mix of pathway classes such as engineering or accounting and core classes such as English or government.

But unlike a traditional classroom, THINC Academy uses a hands-on learning approach. “If you can actually practice it on some of the equipment and tools that are available at THINC, then learning becomes a lot easier,” Countess says. To this end, Kia recently donated an additional $400,000 to the school to build a new science lab for the students.

Of the six pathways offered at THINC Academy, mechatronics is the one that impacts Kia’s future workforce development most directly. “The mechatronics curriculum is teaching these young individuals what’s required to operate robotics and other mechanical devices,” Countess says. “They’re getting in an early insight into such things as PLC logic and other electrical experiences.” Kia has collaborated with THINC to develop the mechatronics program in such a way that students who complete the path graduate with the equivalent of an associate’s degree.

Even though Kia employees do not teach at THINC, they are still involved in the continuing success of the school. Some participate in an advisory council that works with the mechatronics teachers to give insights into upcoming technologies and skill gaps they see, while others give plant tours. Countess says both students and teachers benefit from the real-world knowledge they gain from interacting with Kia employees. 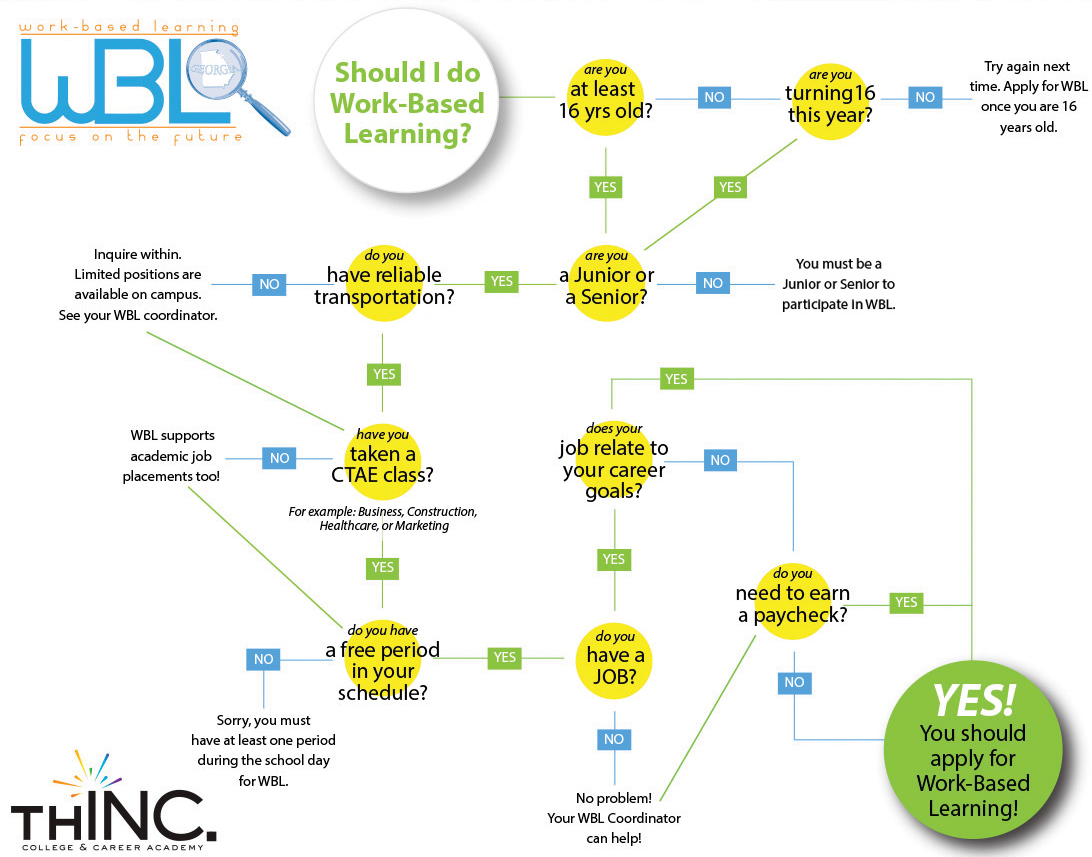 Career pathways are electives, so if a student starts out on one pathway but then decides it is not for her, she can choose to go down another pathway. This gives students a chance to start thinking about career options while still in high school, without adding on additional years during college.

College and workplace preparedness is a key part of the THINC Academy curriculum. The school has more than a dozen programs run by local businesses to help students prepare for the next step in their careers. These programs range from teaching interview skills to externships at local businesses and career-related jobs that earn them high school credit. Students also have the opportunity to take dual enrollment classes to give them a head start on their college course work.

Just three years in, THINC Academy is already seeing positive results. For the 2015-16 academic year, nearly 500 students in 10th to 12th grade were enrolled. They finished the year with 99 percent attendance and graduation rates. For the upcoming year the school expects to have between 600 and 650 students. As for college enrollment, Kia estimates that two-thirds of THINC Academy students enroll in a post-secondary school after graduating.

The school’s success would not be possible without the overwhelming support from the community. Countess notes that finding people to participate on the school board or in other activities has been easy. “The community overall sees [THINC Academy] as an opportunity to change individuals’ lives,” he says. “They’re positive about this. They still see the growth that’s going on in the area and the importance of helping to develop the workforce.”

If companies are on the fence about getting involved in schools like THINC Academy, Countess recommends they get engaged sooner rather than later. “Industries have to be able to communicate to the educators of the world, ‘Here’s what we need to see in the next one to five years for students in order to be successful.’”

He adds that it is essential for companies and education systems to find ways to partner together to prepare the next generation of workers for the jobs that will be available to them. “Those who aren’t involved,” Countess says, “We strongly encourage that they do get involved in this, because you’re only going to ensure your success for the future by actively participating.”