A recent survey conducted by SAE International found that while public enthusiasm is increasing for self-driving cars, most of the participants want to share the control of the vehicle.

The free public self-driving car demonstrations were conducted between November 2017 and April 2019 in Detroit, Los Angeles, Tampa and Babcock Ranch, Florida. More than 2,000 rides were given at the events, which allowed the public to experience the technology first-hand and captured their sentiment. 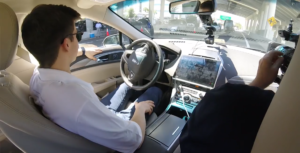 “Public acceptance is vital to the future of self-driving cars. Through SAE Demo Days, we are engaging the public directly and inviting them to take a ride,” said Mark Chung, chief marketing officer at SAE International.

While each demo was customized, there were four main elements: a pre- and post-ride survey; the ride in the self-driving car, engagement with interactive displays and a chat with experts.

The pre-ride and post-ride surveys contained a mix of modal, brand, consumer use and mobility opinion-based questions.

The data from all four demos was compiled to create a discussion starter for industry, regulators, technology suppliers, vehicle makers and others impacted by self-driving technology and those seeking to understand public sentiment. 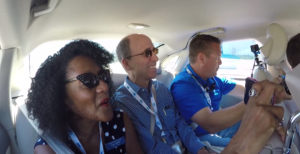 The design of the SAE Demo Days survey was a collaboration effort between SAE and its strategic partners.

“We believe that SAE is performing important, foundational work on public perception of autonomy, and we are very pleased to partner with SAE by delivering autonomous transports,” said Dave Hofert, chief marketing officer at Perrone Robotics, a Demo Days partner. “As a company that offers autonomous technology and transportation, we need to understand how the public perceives autonomy.” 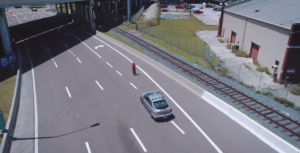 SAE International is a global association committed to advancing mobility knowledge and solutions for the benefit of humanity.