Automotive plants come in varying configurations, often with vast amounts of space dedicated to factory operations, and mostly with office space built in. They are always functional, always at least utilitarian, and sometimes not focused on architectural aesthetics.

Built on a 78-acre wooded preserve, the 65, 000 square foot building serves 300 employees and makes a statement along Interstate 85. Not surprising when you consider the amount of thought that went into making the office reflect the cultural interests of the luxury, performance-oriented car German car brand.

“In the case of BMW, they were a wonderful client. They knew who they were, ” says architect and designer Bruce McEvoy, the design lead at Perkins+Will’s Atlanta office. He says that BMW is “the only client that I’ve ever had that gave me a design presentation at the beginning of the job.

“They were that self-aware of who they were and where they’re trying to go and what they’re trying to do. And there was no better way to communicate that in a short burst than when we sat down in Munich and I was given their design philosophy in a very quick snapshot, which was fantastic.” 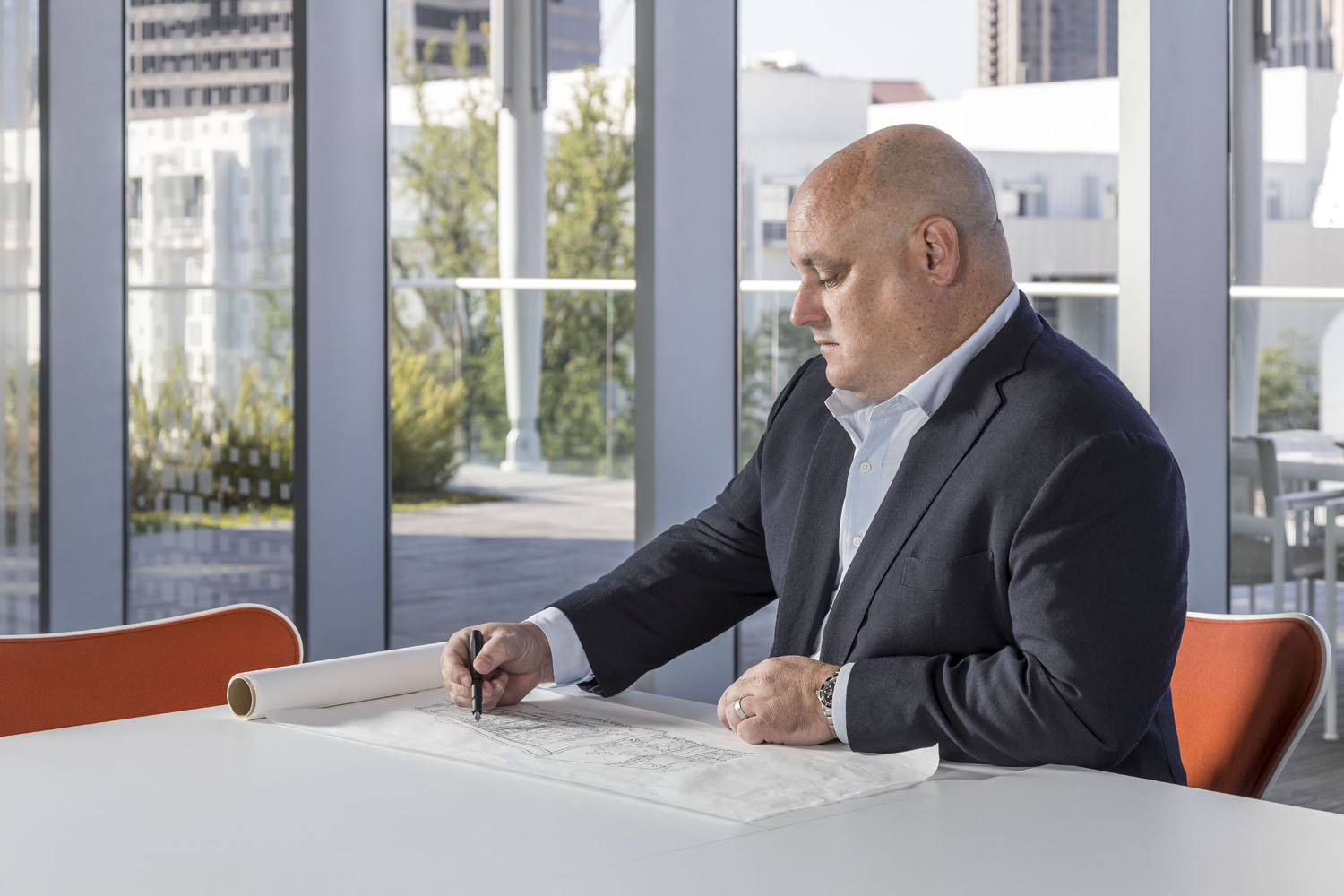 ABOVE Architect and designer Bruce McEvoy
​

Consider how the building is sited. The east and west sides of the building are solid walls to minimize exposure to harsh sunlight in the morning or afternoon, as well as limit how much the sun cooks the interior of the building. The south wall, with limited, shaded windows, cuts down on noise and heat. The north wall is “a boldly reflective picture window, providing generous biophilic views to the landscape, ” as Perkins+Will describes it.

“The office floor itself is very open, ” McEvoy says. “We’ve left the ability within the space for them to be as mobile as they want to be, meaning when they come to work in the morning they don’t necessarily have to sit down in the same desk, work the same way all day long. There are several environments within the space. You can go work in a very informal place that’s almost like a living room than an office building. And then at the same time giving them a lot of places where they can collaborate and work together, a lot of teaming areas which I think is also very indicative of their culture and how they’re designing automobiles.”

There is a heavy emphasis in the build site on both environmental concerns and architectural features that call back to the history and corporate culture of BMW. How does that figure into the architecture? “In its most simplistic way, some of the graphics, some of the things that we did to communicate the history of BMW, ” McEvoy says. “There’s a place where you come off the elevator on to the open floor at every floor where we basically did a two-way graphic that you can see.” The design worked vintage BMW models into the plan of the building, he says.

“We worked through a lot of different chapters of their history… found celebrated models that go back 50 years and just a way to kind of announce the floor both going in and off the floor as people came and went to work, ” McEvoy says. “In other ways that were more subtle, we went over to Munich and actually talked to their design leadership about how they see themselves for the future.”

Visiting with BMW’s design leaders informed the design in concrete ways, McEvoy says. “It allowed me to kind of also embrace some of the cultural things that were going on within the company, ” he says, noting that at the time, the automaker was putting a lot of focus on its “I” Series of electric vehicles.

“One of the aesthetics and ways that they were discussing that was embracing natural materials, ” McEvoy says. “So when you see the wood on the Site Operations Center we wanted the wood to warm up this building but also speak to the sort of Southern Hospitality and front porch concept that we have on the north here.” The wood also was a throwback to the aesthetics of the “I” Series.

The BMW philosophy also came into play as Perkins+Will designed the features that would make Plant 10 environmentally friendly, something the architecture firm is well-known for. “As you know they’re all about performance.They’re about engineering, ” McEvoy says. “I think when you put us and them together… we came up with some pretty unique strategies.”

McEvoy noted that the site uses natural ways of handling water, and ties the building to the landscape. The result is an automotive plant office site that remains tied closely to the landscape. “It’s still very verdant. There’s a great link to nature there, ” McEvoy says. “If you can kind of create a campus that is linked to the place, to the site, with abundant natural light, people tend to perform better, tend to kind of work better. And it’s a better work environment.

“So I think overall, just trying to layer what we do from our landscape team to the architecture team, then the interiors team and our branding team… integrating some of the stories of their culture and their history, and doing that in a very seamless way, we’ve kind of achieved a higher level of office building that is reflective of their culture, the way that they think of their automobiles.” 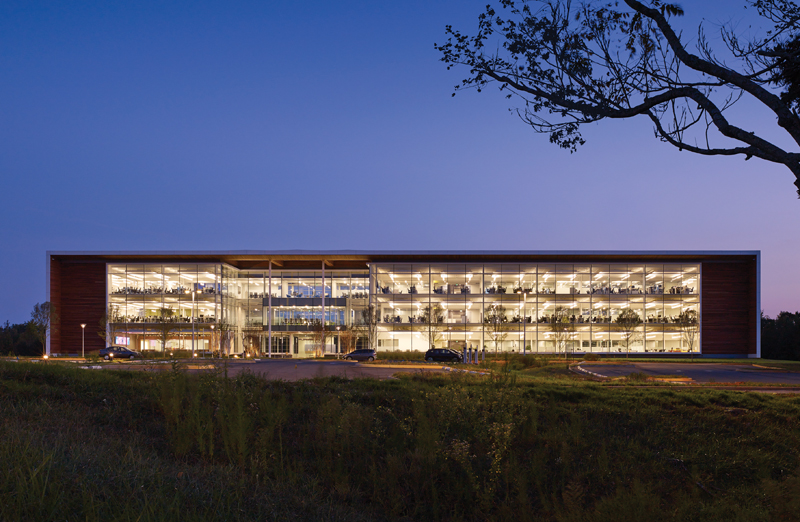