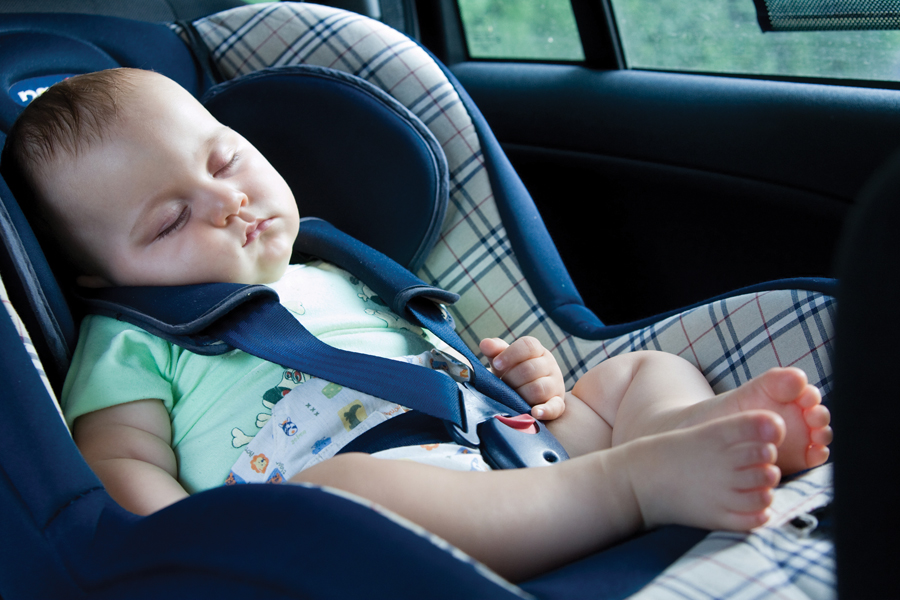 That’s impossible. How could it happen?

That’s what people wonder when confronted with stories of children being left in vehicles, then suffering heat stroke and death. Since 1998, 765 children have died due to heat stroke, with 43 last year and 22 this year as of this writing.

Perhaps most tragically, each of those deaths was preventable.

Finding a way to prevent such occurrences became the mission of Mike Alvarez, founder of Venturi, a Huntsville-based aerospace company.

“I would see press about children inadvertently left behind in cars and ending in tragedy,” Alvarez says. “It breaks your heart to see it. …If you think about how distracted we are by technology—the cell phone is ringing, the boss is calling, the child falls asleep, rear-facing car seats—you can see how it can happen.”

Alvarez to steps to learn more, then he went further by offering his employees an incentive to help find a solution.

“It started keeping me up at night. I thought of all the smart people we have in this company and came up with the idea of an X Prize. I wanted to find something that was not just a one-trick pony if a child was left in the car seat, but something that would detect if a child was playing hide-n-seek and got left in the car or if an adult or someone with special needs was left in a car.”

Knowing that death from hyperthermia can result in 15 minutes, Alvarez wanted a device that would alert the driver quickly enough to make a difference. He offered a monetary reward to the Venturi X Prize winner. He selected two teams whose designs met the feasibility criteria. 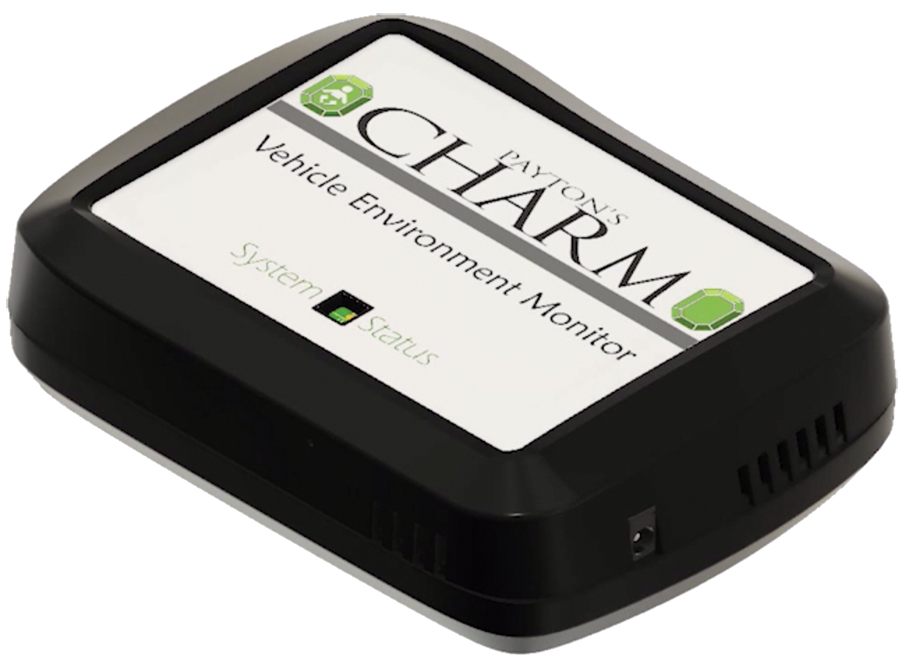 The winner was a patent-pending prototype designed by Venturi employee Ben Payment, who has named his device Payton’s Charm in memory of a child who died in Florida in 2010. Payton’s father, Reggie McKinnon, has become a fierce advocate for raising awareness of this problem.

Payment found Payton’s story on Safekids.org and couldn’t get the situation out of his mind. McKinnon, who found his lifeless daughter after working in his office all day, had been one of those people who always thought, “How could I forget my child? I would never do that. That only happens to people who are uneducated, drunk, drug addicts — not me.”

“The touching video explains the misconception of this problem,” Payment says. “The biggest challenge is for people to realize that could happen to them just the way it happened to Payton’s father.” He thinks of his electronic solution like a charm bracelet that could have saved Payton, and now might save others: Payton’s Charm.

Payment, an electrical engineer, created a small device, which not only detects the presence of life in a vehicle, but also has the capability to notify the owner or driver, to escalate the notification to 911 if needed and to identify the car’s location with GPS. Payton’s Charm can be monitored from a smart phone and sends real-time data to the user.

Payment has been working with the University of Alabama at Huntsville to test and refine the prototype, and has enlisted a co-worker, relatives and even his schnauzer to test the device—in controlled conditions.

Payton’s Charm is designed to sense when life is endangered by the environmental conditions in the car. If the car is stationary and the interior reaches unsafe condition with life inside, the device reacts.

If the owner doesn’t respond to the warning, first responders will be directed to the vehicle to save the occupant’s life.

Payment’s device does not depend on weight or even the presence of a car seat. “If you confine the product to car seats, you’re only solving 25 percent of the problem,” Payment says. “I knew we had to detect life another way. It couldn’t be a rear seat sensor or hatch sensor. It had to sense the entire vehicle. And it had be low-cost retrofittable.”

His invention contains an internal rechargeable battery designed to operate for approximately one month, monitoring environmental conditions in a car.

“If this device is never plugged in, it will still last a month,” Payment says. “I looked at all the design trade-offs from ultra-low power to recognizing a five-pound dog or 200-pound adult.”

Payment came up with a prototype that has a clear path to market and ties into the ubiquitous cellular network and world wide web, allowing the device to perform in populated areas with ease.

“The problem is not people going to the Sipsey Wilderness and forgetting their kids are in the car,” he says. “This is happening at the supermarket or at their work.”

Testing with a third-party independent organization shows the product is ready to save lives today.

“They were incredulous going in, but now they see it looks like a viable thing that is very simple conceptually,” Payment says. “It’s a complex design, but a very simple solution.”

Payment has spent more than three years and nearly 700 hours designing and perfecting the device, working mostly on his own time to create a solution that can be added to existing vehicles or integrated into new vehicles.

Developers are confident this card deck-sized device is ready for market. Now aerospace-centric Venturi is determining how best to work with the automotive industry to deploy the device and begin saving lives.

Jack Sisk of Technology Acceleration and Innovation Services has been working with the team. He calls Payton’s Charm “a real game changer.”

“Payton’s Charm can save lives. We already know more than 700 children have died, and all of the near misses are not captured anywhere. This is a concrete solution for preventing fatalities,” Sisk says.

Alvarez says the company is “looking for a partner on the automotive side who can take our technology and get it into vehicles to save lives. We’re currently engaging with Tier 1s and OEMs seeking alternatives to take this to market. It’s a brilliant, simplistic approach that Ben has come up with, and it will work anywhere in the country.”

One goal is a price point that will be affordable, even for new families just starting out, developers say. With saving lives the priority—more than the profit margin— the Alabama Automotive Manufacturers Association has embraced the project and tried to lend assistance, including working with Sisk and AAMA head Ron Davis, to get the device to market as soon as possible.

Payment reached out to McKinnon, who agreed to the use of Payton’s name as a memorial to his late daughter and a call to action. And from the inception of the contest, preventing another senseless death has been on this young engineer’s mind.

“As an engineer, I don’t work a 9-to-5 schedule,” Payment says. “Sometimes I lie awake at night and have this problem that keeps my mind spinning. I’ve even gotten in my car to go to work on a weekend and realized I’m not going to work today. Our minds are elsewhere. I might be solving code problems that kept me up all night, and I’m distracted.

“You can see if you’re not the one who drives a child every day or if something is out of your routine, this can happen.”

Alvarez says it’s time for the auto industry to take action, and Payment’s prototype has been validated with humans and pets in a safe, controlled environment.

“It scares me having grandkids,” he says. “This can happen to anybody, but it’s preventable. It’s a tragedy that doesn’t have to happen.”