Home Features On the Fast Track to Good Driving 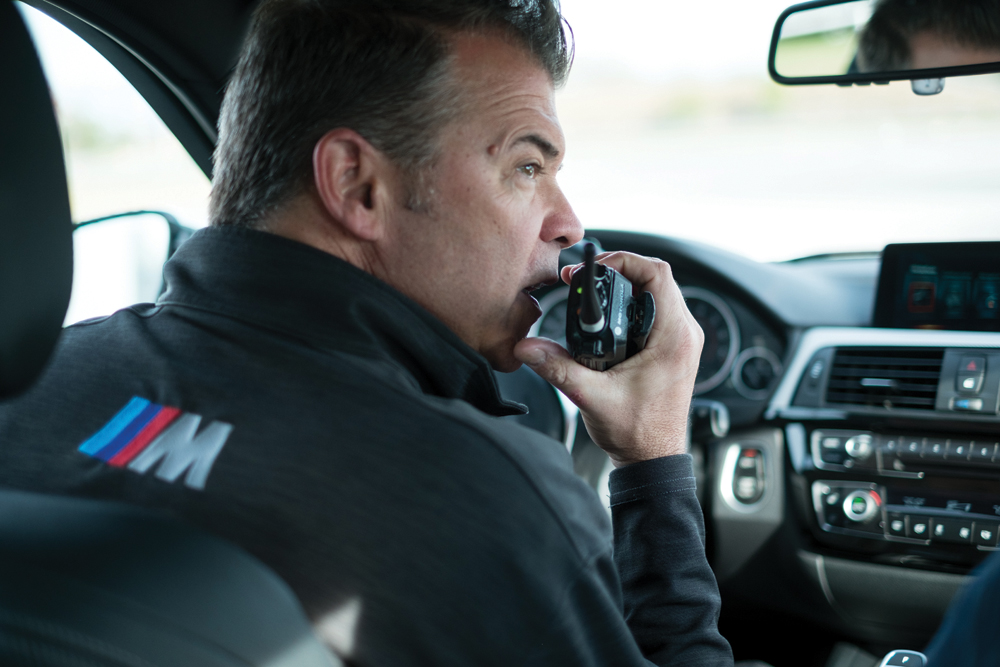 Flexing every fiber of its 575-horsepower muscle, the BMW M5 roars down the straightaway of the 1.4-mile track, accelerating from 0 to 60 in 4.2 seconds. Behind the wheel is former race-car driver Matt Mullins, who steers the car through a hard left turn, zips over the crest of a small hill and zigzags through a series of 90-degree turns. The car then drifts through a 360-degree skid pad, hydroplaning along the wet polished concrete. Tires smoking, the M5 screeches sideways around the final hairpin turn, before Mullins straightens the car out and slows it to a smooth stop.

Three passengers emerge from the vehicle, grinning from the adrenaline high. “Awesome!” is the comment repeated over and over again. The group has just completed a hot lap with their instructor as the finale of their day-long experience at the BMW Performance Driving School.

Established in 1999, the school is part of the BMW Performance Center at the German car company’s manufacturing facility in Greer, South Carolina, which turns out more than 1, 400 vehicles a day.

“In the Driving School, students get a personal experience of what The Ultimate Driving Machine® means, ” says Dan Gubitosa, who manages BMW’s two Performance Centers on the East and West coasts. “Our various programs are tailored to every driving ability level, as well as showcasing our exceptional products. Performance driving is what we are all about.”

In addition to delivering BMWs on-site (if you order a BMW and pick it up at the Performance Center, the delivery includes a morning of instruction, plus lunch) and hosting thrilling corporate events, the Performance Center offers several driving schools: the Car Control School for adults, the Teen School and the M School, a fantasy camp for adrenaline junkies that showcases the high performance of BMW’s powerful M Series cars. For those who prefer to ride on two wheels, there’s even a program for motorcycle enthusiasts.

One- and two-day classes are open to anyone, regardless of whether or not they own a BMW. The two-day class includes time in a buffet of different BMW models, as well as an off-road experience in an X Series Sports Activity Vehicle. All classes include lunch at the Performance Center.

No matter which program you participate in, every experience begins in the classroom, where attendees are acquainted with basic car control and the physics of driving.

“Most people think they’re good drivers, ” observes Mullins, the chief driving instructor for the BMW Performance Center, “but in emergency situations it’s a different story, so we give people tools they can use on road.”

Those tools include how to brake in a panic situation, how to control the car in a skid, handling the car around corners and how to make an emergency lane change.

BMW’s team of full- and part-time instructors are all former (or present) race car drivers. Mullins, for example, raced professionally on the NASCAR circuit, while instructor Donnie Isley trained with Homeland Security and the Secret Service. “If you want to know the right way to ram another car, ” he tells one adult group, “come talk to me after class.” All kidding aside, the goal, as any of the instructors will tell you, is safety. “We want our customers to enjoy driving, ” says Gubitosa. “To further experience the joy of driving means acquiring more skills to improve safety for the customer, as well as others on the road.”

One of the first things stressed in the classroom is where to look. “When you’re driving, your hands will follow your eyes, ” explains instructor Paul Mazzacane. “So if you look at a ditch or a pothole, that’s where you’re going to end up. Focus instead on the path you want the car to take, and look as far ahead on the road as you can see.”

After nearly an hour of class instruction, including the correct position for the seat and the side-view mirrors, it’s time to go full throttle with some hands-on experience. Participants are paired up and taken out to the track, where they put their mettle to the pedal in BMW M240i and 340i models. Practice is a key part of the experience. As Mullins puts it, “There’s no substitute for seat time.”

Communicating with drivers via portable radios, the instructors try to push students out of their comfort zones to prepare them for emergencies on the road. Participants go through a braking exercise, mashing the brake pedal down at the end of a 45-mph, and then a 55-mph, run.

“People are afraid to brake hard, ” Mazzacane observes, “although this is the number-two cause of accidents.”

No surprise that number one is distracted driving.

Next comes the slalom course, where drivers must steer the car through a sinuous route marked by rubber cones to gain traction on handling and cornering. They then head for the sprinkler-watered skid pad, where, after spinning out intentionally, they eventually learn to control the car on wet roads. Adult classes wind up with competitive timed laps around the track and a “rat race” — three laps head-to-head around the skid pad — before taking that last hot lap with one of the instructors.

The Teen School teaches the same skills as the adult course, the difference being that speed and competition are not encouraged for young drivers. Instead, teens are taught the hazards of distracted driving while trying to avoid water walls on the track. And rather than ending the day with competitive trials and a hot lap, teens apply what they’ve learned by navigating BMWs around an obstacle course with wet and dry surfaces.

“By the time kids leave the Teen School, they have more time working on emergency-situation driving than 90 percent of the people on the road, ” says Mullins. He sees timid teens gain confidence, and those who come to class with a burning need for speed learn responsibility and respect for the car.

Whether teens or adults, participants come away with a first-hand experience with the car at the limit of traction in a safe environment. “We put drivers in different scenarios so they will know what to do in a dangerous real-life situation, ” Mullins says.

The glowing feedback Mullins gets, especially from parents of teens who have taken the course, is extremely gratifying. The instructors get phone calls, emails and handwritten notes from customers, attesting that their time on the track was “the best day ever.”

One mother reported that a car pulled out in front of her son and he avoided a potentially serious accident by doing the lane-change maneuver he learned in the Teen School. Parents across the board are impressed with how much their teen’s driving improved after completing a day-long program.

The Performance Driving School has the added benefit for the company of turning some of its participants into BMW owners, yet at the end of the day, he says it’s all about education. “What most people like about these programs is that they’re just sheer awesome fun, ” admits Mullins.

“But the best thing about the Performance Driving School is that our customers gain a skill set that could save their life.” 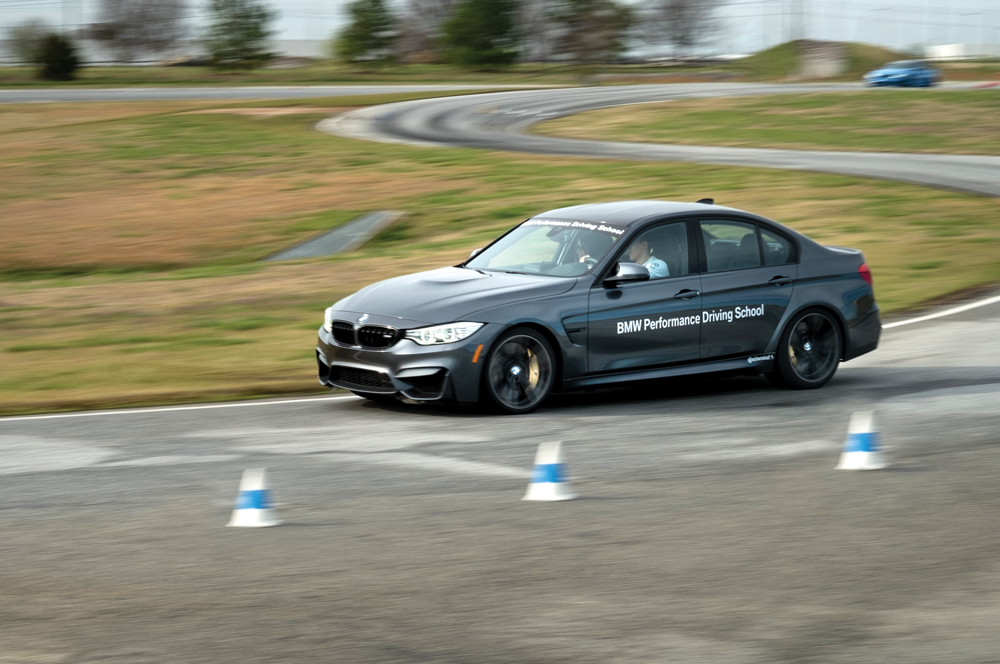