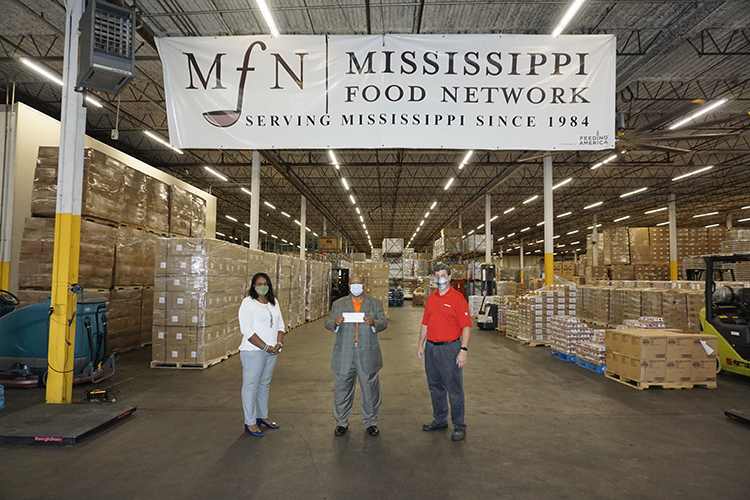 Nissan North America is doubling its annual contributions to local food banks in response to rising food insecurity due to Covid-19. Nissan’s donations will help purchase more than 1 million meals for residents in middle Tennessee and Mississippi.

According to a report from Feeding America, nearly 54 million people may face food insecurity in 2020, including 18 million children.

“Our food bank partners have been significantly impacted by Covid-19 in a number of ways, from an increase in the number of people they serve to a decrease in food donations to the reduced number of volunteers allowed in warehouses to assist with food packing for distribution,” says Parul Bajaj, senior manager of philanthropy for Nissan North America.

Nissan, through its Nissan Neighbors charitable giving program, has been a partner with Second Harvest Food Bank of Middle Tennessee for nearly 30 years. Nissan is doubling its annual gift to $200,000. In addition, Nissan employees regularly volunteer at Second Harvest’s warehouses in Nashville and Smyrna to sort and prepare food for distribution. The company also has donated five vehicles valued at more than $100,000 to provide much-needed logistics support.

In Mississippi, Nissan’s plant in Canton has been a partner with both the Mississippi Food Network and Our Daily Bread food banks for years. Contributions in Mississippi total more than $311,000 and employees volunteer at both organizations to help pack backpacks with healthy lunches and snacks for children with food insecurities. In addition, Nissan Canton has donated a van to Our Daily Bread for the organization’s Meals on Wheels program.

“There is a saying that every cloud has a silver lining, and if there is a silver lining to the Covid pandemic cloud that is overshadowing us, it is how graciously those who are able, like Nissan, have responded with their financial gifts to help support the increased demand for food this unprecedented health crisis is causing,” said Charles Beady, CEO of Mississippi Food Network.