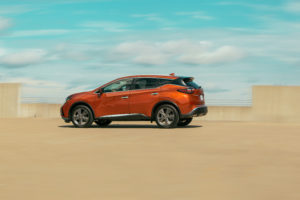 However, some vehicles did better than others, most notably the Nissan Murano, which had a 34 percent increase in sales in the first quarter to 15,683 units. The Pathfinder SUV also sold 18,092 units, a 4 percent increase, and the NV200 commercial van rose 2 percent with 4,740 units sold.

The Pathfinder is made at Nissan’s plant in Smyrna, Tennessee, while the Murano and NV Cargo and NV Passenger vans are made at the company’s Canton, Mississippi facility.

At the Canton plant, Nissan makes the Altima, Frontier, Titan and Titan XD, in addition to the Murano, NV Cargo and NV Passenger.

In addition to the automotive assembly plants, Nissan also has an engine plant in Decherd, Tennessee that makes engines for the Nissan and Infiniti models, including the emotor assembly for the Leaf.