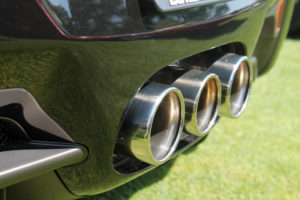 Automotive assembly plants in Kentucky, Tennessee and Texas are scheduled to ease back into production in the next three days.

Volkswagen will lead the pack, according to news reports and company statements, when it comes back online Sunday. The re-start represents the end of a 57-day hiatus, according to the Chattanooga Times Free Press.

Like plants that have already come back, VW will have a host of new safety measures in place, including touch-free temperature checks of everyone entering the plant. Masks and staggered shifts are also in the playbook, according to company statements.

Gestamp, Volkswagen Chattanooga’s biggest local supplier with some 1,000 workers, had shut down three plants in Chattanooga as a result of the VW plant closure, according to the Times Free Press.

In Kentucky, three plants are scheduled to re-open Monday. They are Ford Truck Louisville, Ford Louisville and GM Bowling Green.

In Tennessee, GM Spring Hill is set to re-open.

In Texas, GM Arlington is also preparing for a Monday re-opening.