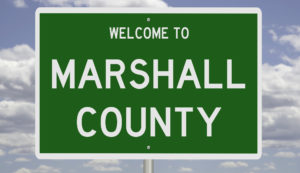 The Minth Group is expanding its Lewisburg, Tennessee plant, creating 254 new jobs and investing $87 million over the next five years.

China-based Minth will construct an additional 236,000-square-foot facility on the company’s Lewisburg property for production of injection-molded, painted and chrome-plated plastic parts for automotive OEMs.

The Marshall County facility is expected to be complete by 2021.

“We are thrilled to be expanding our operations in Lewisburg. This will allow us to better serve our customers and support local communities,” said Minth Regional General Manager Natalie Chin.

“Tennessee’s automotive industry continues to see major growth. Tennessee is home to four OEMs, which makes it a perfect location for an automotive supplier like Minth to succeed,” said Tennessee Governor Bill Lee.

The company originally announced its Lewisburg facility in mid-2017, so this latest expansion comes a little over a year and a half later.