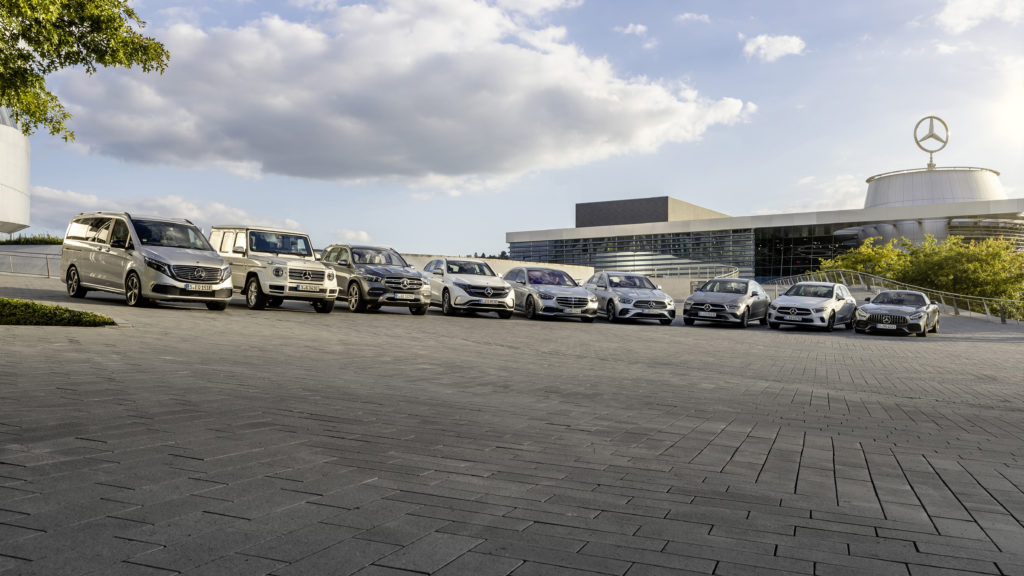 Mercedes-Benz has seen an uptick in vehicle sales in the third quarter, mostly buoyed by  passenger car sales in China.

For the first nine months of this year, Mercedes-Benz Cars & Vans sold 1,792,744 cars and commercial vans worldwide. Globally, passenger car sales from July to September increased by 3.9% compared to the prior-year quarter, the main driver of which was sales in China, which increased by 23.4% in the third quarter. In Germany, the domestic market of Mercedes-Benz, sales in the past three months were higher than in the prior-year quarter for the first time this year, at 4%.

“Demand from our customers in the third quarter was significantly higher than we assumed in March and April in view of the challenges posed by the pandemic. We are pleased with customers’ positive response to our models and the increasing demand in many markets,” said Britta Seeger, member of the boards of management of Daimler AG and Mercedes-Benz AG responsible for marketing and sales. “Rising orders received in particular for plug-in hybrids with the three-pointed star are a great customer feedback on our growing portfolio. From July to September, we had the first quarter so far with more than 10,000 xEVs delivered monthly by Mercedes-Benz Cars. The high demand for the electrified models has been sustained, especially in Europe.”

In the commercial sector, Mercedes-Benz vans increased sales by 11.2% in the third quarter, particularly due to positive developments in China and Europe. In total, 95,933 units of the Sprinter, Vito, Vito Tourer and Citan were sold in the third quarter.

“Despite the ongoing challenging external conditions in the third quarter, we were able to increase the unit sales of our vans worldwide by 8%. This growth is largely based on the success of our commercial vans, with which we achieved our best-ever third quarter worldwide,” said Marcus Breitschwerdt, head of Mercedes-Benz Vans.

In North America, the outlook wasn’t as rosy. In the first nine months of 2020, Mercedes-Benz sold 228,397 units, down 13.9%. In the United States, the region’s core market, Mercedes-Benz delivered a total of 69,631 premium and luxury vehicles from July through September, down 9.4% in comparison to the third quarter of 2019.

In South Carolina, Mercedes-Benz assembles the Sprinter vans at its Ladson plant. The plant also reassembles the Mercedes-Benz Metris vans. Opened in 2018, the plant was an initial investment of $500 million and in 2019 employed approximately 1,700 people. It assembles more than 185,000 Sprinter and Metris vans, primarily for the U.S. market, which is the second-largest market for the Sprinter van worldwide, after Germany.

Most recently, MBUSI has added a logistics and parts storage facility near its plant in Vance, which will create more than 370 jobs. Earlier this week, the Tuscaloosa County Industrial Development Authority agreed to abate 10 years’ worth of local ad valorem and use taxes for the logistics center. The company will still be responsible for paying more than $1.5 million in education taxes for local schools. The logistics center will be used to house parts for electric vehicles, which will be built at MBUSI in the near future.