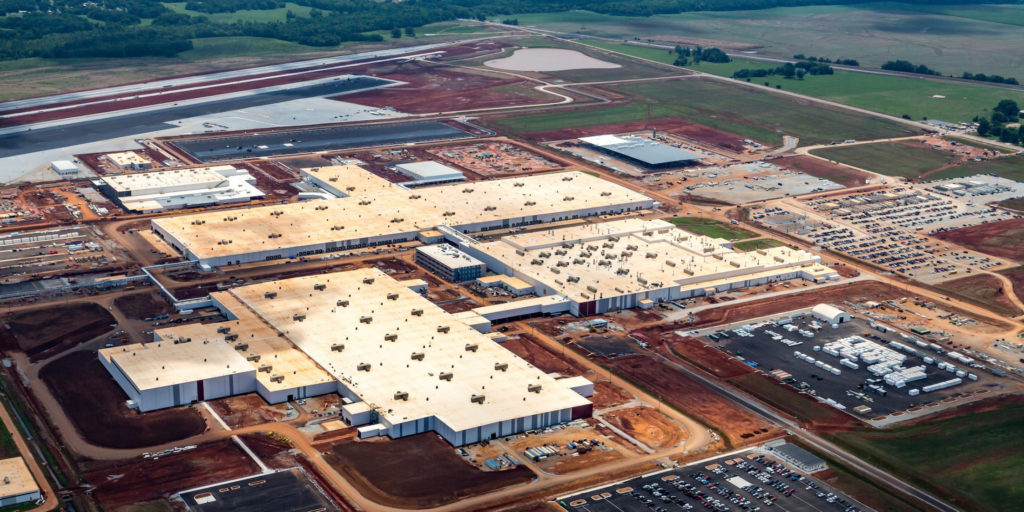 Mazda Toyota Manufacturing USA announced today that it will be investing an additional $830 million in the joint vehicle production plant in Huntsville that is currently under construction.

Mark Brazeal, MTM vice president of administration, said the investment will include cutting edge technologies across the plant’s production lines and production processes.

“This additional funding brings the total plant investment to $2.3 billion and reaffirms Mazda’s and Toyota’s commitment to producing the highest valued vehicles and building those vehicles right here in the United States and specifically right here in Huntsville, Limestone County, Alabama.”

Brazeal added that the additional investment in the plant also enables MTM to provide the highest quality training for its workforce of up to 4,000 employees. The training includes innovative virtual training and global skills training, which provides the production team opportunities to learn the unique processes, values and culture of the parent companies.

“This is a wonderful opportunity to celebrate two great companies, with Mazda and Toyota making this new investment in this yet-to-be-in-production facility really speaks volumes about their commitment not only to Huntsville and Limestone County, but also to the state of Alabama and to their automotive future,” said Alabama Secretary of Commerce Greg Canfield.

MTM President Masashi Aihara said, “Looking ahead it is exciting to think that we will soon begin producing 300,000 Mazda and Toyota vehicles a year. Even more meaningful is the long-lasting positive impact we hope to have on the North Alabama community for many, many years to come.”

The MTM plant was originally announced in early 2018. Construction is currently underway on the 2,500-acre site. When fully operational, the plant is expected to produce 300,000 Mazda and Toyota vehicles annually.