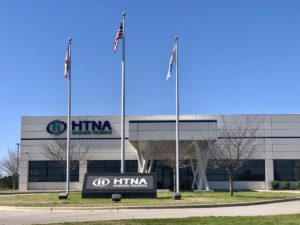 HTNA has been chosen as a supplier of Mazda Toyota Manufacturing USA, which is building a joint venture $1.6 billion assembly plant in Huntsville, Alabama. HTNA is a tier one supplier of carpet and interior trim components for the automotive industry.

It located in Jasper in 2011 and announced its first expansion in 2013 on 60 acres in the Bevill Industrial Park in Jasper, where it constructed a new 145,000-square-foot facility. Once this latest expansion is complete, it will employ approximately 125 workers and will have invested a total of $42 million in its Alabama facility.

“HTNA appreciates the support of the Jasper community, the State of Alabama, and our employees as we continue to grow our operations in Jasper,” said Jeff Norris, HTNA plant manager. “We look forward to the continued partnership with the community as we serve our customer’s needs.”

Production at Mazda Toyota Manufacturing is expected to begin next year. So far, five Mazda Toyota suppliers have pinpointed sites in Madison and Limestone counties for production locations, creating almost 1,700 new auto-sector jobs in North Alabama. HTNA is the first supplier outside of North Alabama to be chosen.

“HTNA is a great corporate citizen so I’m very excited that they will be expanding once again in Walker County,” said Alabama Rep. Connie Rowe of Jasper. “Their new state-of-the-art assembly lines will mean more jobs and more opportunities for local families.”

HTNA is a subsidiary of Hayashi Telempu, a Japanese private company operating in six countries.