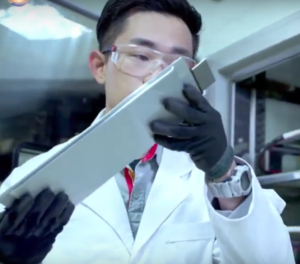 The plant will be in Commerce, Georgia, about an hour northeast of Atlanta, and eventually employ 2,000 workers. The company aims to produce enough lithium ion batteries annually to equal 9.8 gigawatt-hours by 2022.

As both foreign and domestic automakers push ahead on electric vehicles, the major disconnect thus far has been in battery production to power the models. IHS Market forecasts indicate the global industry will need battery production capacity approaching 550 gigawatt-hours of power storage in 2025 to engergize the number of electric vehicles that could be in use by that year.

SK officials said Georgia’s central location in the Southeastern automotive sphere made it a good choice for the plant location, which has room for future expansions.

SK Innovation supplies Mercedes-Benz, Hyundai and Kia, all of which are represented in the Southeast. The company makes all aspects of lithium ion batteries, including a proprietary separator technology that bonds ceramic to a thin polyethylene material to create a high-strength film that is heat resistant.