From the time he decided to follow in his father’s footsteps, Brad Newman believes he has
been on a course plotted by a higher power directly to his role as plant manager of ZF Chassis Systems in Tuscaloosa, Alabama.

As a University of Alabama alumnus, the location couldn’t have been more ideal, and his wife was ready to settle back close to her family. Getting the job was a “dream come true” for the Newman family.

“In a million years, I couldn’t have orchestrated a blessing like finding out this position was open,” Newman says. “It was an unbelievable blessing to come here.”

Newman’s father, Don Newman, began work in a paper mill and worked his way up to chief operations officer. He became a specialist in start-ups and setting troubled plants right, moving from Texas, where son Brad was born, to South Carolina, to New Zealand,
back to South Carolina, Washington, Mississippi and then to Alabama, where Brad finished high school.

Newman was determined to follow in his father’s footsteps.

“I idolized my father,” Newman said. “That got me interested in operations. My plan was to get my industrial engineering degree with every intention of getting into a manufacturing
plant. As soon as I did, I planned to start looking for manufacturing and operations responsibility.”

Newman’s next step was a manufacturing engineering job with Holley Automotive, now BorgWarner, near Oxford, Mississippi. He was engineering supervisor when the plant
was reorganized into three different value streams. Newman was selected to be operations manager for one of those streams.

Having worked his way into operations, Newman was earning recognition. After turning down an engineering role at GKN Automotive in Sanford, North Carolina, the company
called back and made him a production manager instead.

From there he became operations manager at Textron Automotive, a move that put him close to “grandparents, aunts, uncles, cousins. It was a really neat opportunity to go with an automotive company close to family,” he says.

Newman next served as operations manager at Collins & Aikman in Athens,Tennessee, before taking over a plant in Nashville. That plant was in trouble.

“I was 34 or 35 years old, holding a plant manager job in the automotive industry,” Newman says. “I was about to turn around a plant similar to what my dad had always done. He always said, ‘Son, take the hard ones. That’s a real opportunity when you find a company that’s struggling and get it on its feet.’

“I had had the opportunity to run operations, but this was the first time to own all of it. It gave me the chance to prove to myself I could do that.”

He succeeded but afterward took a break from industry, working with his brothers opening Legends Outdoor Advantage in Athens, Tennessee. The store sold hunting, fishing and camping equipment. A few years later, though,Newman was looking for a more challenging position.

He was reluctant to uproot his high school-aged kids, so Newman took a job learning about commercial operations for Chesapeake Consulting Company. When his son was ready to graduate, Newman was ready to go back to automotive.

“I had been out of the industry for seven years – like a sabbatical,” Newman says. “I needed to prove first I still had it, and I needed to prove it to the industry. I purposefully looked for the most difficult plant I could find. I found it in an extreme situation at
Diversified Machine.”

The Columbus, Georgia, plant supplied to major Tier Ones like Continental, ZF, Akebono, and Mobis, who in turn supplied to OEMs like Toyota, Hyundai, Mercedes, and Ford. When Newman became plant manager, he knew it was going to be tough, and he worked seven days a week, 14 to 16-hour days, to right the ship.

“The parts we made were all safety-critical,” Newman explains. “Without them, these Tier One suppliers could not support OEMs. If this plant failed, it would have a huge impact on the automotive industry,” Newman said.

Again, Newman saw a distressed plant operation which was badly in need of a turnaround.
“It gave me an unbelievable view back into Tier One automotive,” Newman says. “All of those companies had to come see me to find out what was going on and how to get out of trouble. That allowed me to see the culture of these companies and their teams like I
never would have been able to earlier. I made a mental note that after I saw the plant through the tough times so that it could become stable, I would look for employment with a Tier One. I had seen enough of ZF that I knew the culture fit me, and I made a note to call Kurt Mueller, the boss.” 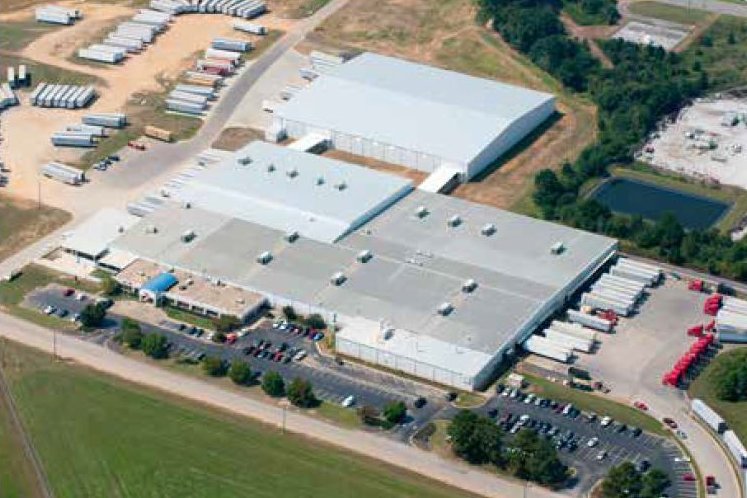 The process of becoming the Tuscaloosa plant manager included a final evaluation with ZF in Germany. When it was over Newman had his dream job and his wife had her dream
home, located close to her family in Mississippi where she and Newman had met and dated when they were in seventh grade.

He’s certain a divine hand was guiding him all along.

“In a million years, I couldn’t have orchestrated getting this job,” Newman says. “If I had spent all of my resources, efforts and connections to get to the one place I wanted to live and the company I wanted to work with, I couldn’t have made this happen. It’s one of the best Tier Ones in the world. It really was God’s plan. I can’t say it any other way because of how it’s come out since.”

Newman’s wife understood from the outset that her husband’s career would take them far from home. And at each location, she put down roots and made friends that caused heartache when it was time to move again. But her priority was her husband.
“She’s been so supportive and a catalyst for me being successful in my career, for sure,” Newman says. “I know that God didn’t put me here for me.”

That’s why, situated in his dream job with the love of his life at his side,Newman strongly believes in helping others. He is personally engaged in prison ministry, as well as in working to help people in underserved areas and giving back to the community. He
encourages others at ZF to do the same.

“It’s so gratifying to be able to give back,” he says. “It’s incredible to be at this place— having a good job with a good company and seeing the fulfillment you get from that and
making a difference in other people’s lives.”