Home Features Executive Q&A: How Mazda Toyota is coming together

Back in January 2018, two Japanese car manufacturers announced a joint venture plant to be built in Huntsville, Alabama. The Mazda Toyota facility marked the first U.S. site for Mazda and an expansion of the American footprint for Toyota which already had an engine plant located in the vicinity.

The state of Alabama won the $1.6 billion plant after competing with 11 other states. Mazda Toyota Manufacturing is expected to eventually have a workforce of 4,000 employees, and one day to build 300 thousand cars a year.

Come forward more than a year later. Plans for the new facility are well underway. We asked Mark Brazeal, now vice president at Mazda Toyota Manufacturing – after nearly two decades at Toyota, alone – to bring us up to speed on progress toward opening the plant and how the two venerable companies are coming together under one roof. The interview was conducted in May.

Q: Where does the plant stand now in terms of site work? Is it on track for the plant opening in the original timeframe? And can you clarify when it is expected to be up and running?

Mark Brazeal: It’s an exciting time for the Mazda Toyota Manufacturing team and we’re on schedule to start vehicle production in 2021. Site work for our vehicle assembly plant is well underway and we’re making terrific progress to meet our project goals despite all the rain Huntsville received in the spring.

Currently, we are working with the city of Huntsville, TVA, Athens Utilities and Huntsville Utilities on the site’s infrastructure to support the future demand of our new vehicle assembly plant. Also, grading has started on our interior roadways and parking lots, which will be ready to accommodate our 4,000 team members, plus traffic from our onsite supplier partners. 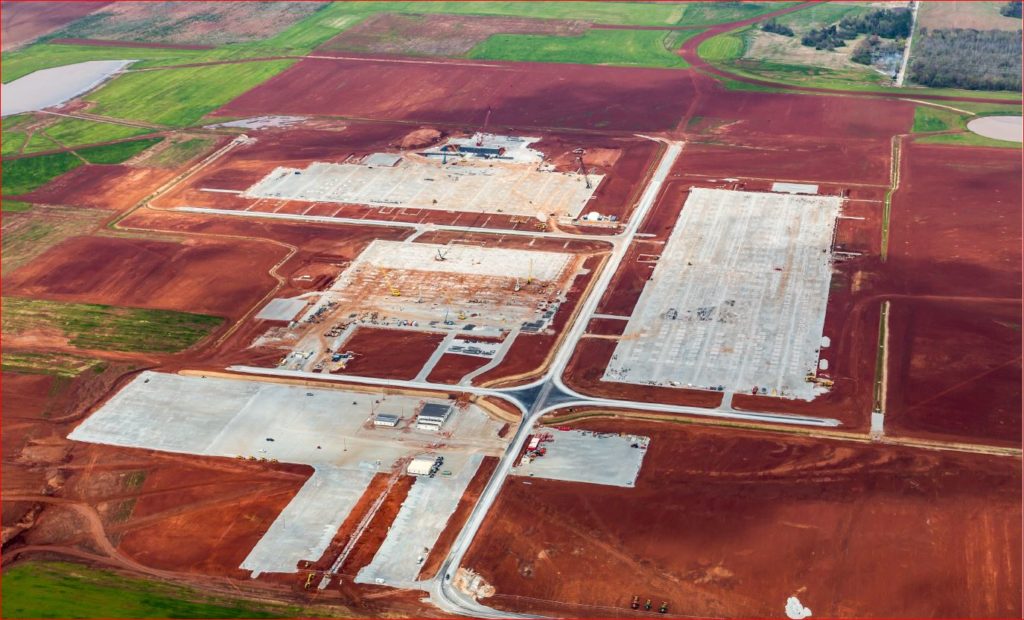 Also, of note relating to site work and preparation:

Q: What about staffing – where do you stand?

MB: Mazda Toyota Manufacturing’s temporary office in the heart of Huntsville’s Research Park has approximately 40 team members (as of May 31). We are truly a start-up enterprise and hiring is well underway in the areas of professional staff (HR, accounting and finance, administration), skilled labor (maintenance, facilities, tool and die) and production team leaders (paint, assembly, body and weld), and by the end of 2019, we expect to have approximately 250 team members. We will begin hiring production team members starting in mid-2020. We encourage anyone who’s interested in learning more about joining our team to visit MazdaToyota.com for information. 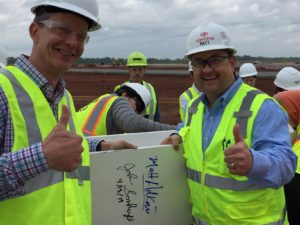 Q: Are you facing any staffing challenges and if so, what?

MB: As we ramp up hiring of production team leaders by July, we are quite pleased with the quality and quantity of qualified applicants, which gives us even greater confidence that we’ll attract and identify good applicants for other positions. Plus, Huntsville and North Alabama continues to attract top talent thanks to the region’s diverse business climate. That will ultimately benefit Mazda Toyota, as well as other businesses.

It’s a massive undertaking trying to hire and eventually train thousands of new hires across various groups, and quite simply, we cannot do it alone. That’s why having outstanding partners at the Alabama Industrial Development Training (AIDT) to assist Mazda Toyota with the application process, written and hands-on assessments, interviews, as well as drug screening and background checks has been a tremendous asset.

Q: What has to happen for two major automakers to come together in one unified venture, under one roof?

The objective of Mazda is to learn the unique aspects of manufacturing in the U.S. along with gaining efficiencies of a shared supply base with Toyota. The objective for Toyota is to learn from another company and to use those learning points to make internal changes. Additionally, Toyota expects to strengthen its North American production structure with additional production capacity in the U.S.

Aside from these objectives, Mazda and Toyota personnel from Japan have been working with their American counterparts at Mazda Toyota Manufacturing across every business function, such as engineering, production, HR, etc., to develop our business systems, practices, methods and culture.

So, what has to happen? Tremendous collaboration!

Q: How do the different company cultures connect?

MB: At first glance, Mazda and Toyota and are completely different companies, however when you begin to peel the layers, both companies have developed a deep admiration for each other through their passion to exceed customers’ expectations with great products, overarching vision and philosophy of continuous improvement. And while we’ll use both company’s philosophies as guides, the Mazda Toyota Manufacturing venture provides us with the opportunity to establish our own values to set the foundation for our culture.

Q: Back when the joint venture was announced, Akio Toyoda said that “two things brought the companies together: the love of cars and the love of hometowns.” How is that playing out – particularly the “hometown” relationship building?

MB: In the case of Mazda Toyota Manufacturing, we are proud to call Huntsville our hometown! We’re incredibly fortunate that Toyota’s 18-year-old engine plant developed outstanding relationships throughout Huntsville and the state, which has opened many doors for Mazda Toyota.

Since our announcement to locate in the Rocket City, there’s been a tremendous sense of hometown pride and Mazda Toyota has been blessed to create new relationships, including those with our North Alabama communities, our suppliers and business partners, the Department of Commerce and the Governor’s Office, among dozens of other organizations and agencies. 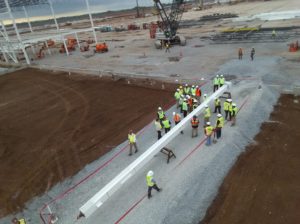 Also, I have had the pleasure to speak at numerous community organizations and build relationships with the Limestone County Career Technical Center and local two-year colleges.

Q: Mark, what’s it been like for you, transitioning from focusing on one company, to now focusing on two?

MB: Since I joined Mazda Toyota Manufacturing after 17 years with Toyota, there have been many challenges starting this project. However, the rewards have been tremendous. Specifically, it was tremendously exciting to start our hiring process and provide employment opportunities to the great people in North Alabama and beyond.

In my role with Mazda Toyota, I’ve been able to work with lots of talented individuals across multiple functions, who teach me things about their areas and the challenges their team faces. By collaborating with the team, addressing challenges upfront and applying our philosophies and employer value promotion … we know that we can overcome these challenges, build trust and make the best long-term business decisions for our company and team members.

Q: What’s your day-to-day like at this point in the process?

MB: I realize it’s cliched to say each day is different, however it truly is!

What’s unique about my role is my ability to interact with every group/division and better understand their vision, current situation and the challenges they face. When we collaborate as one team and share good ideas, great things happen, and from this perspective it’s been extremely rewarding.

Additionally, it’s been so exciting hiring new Mazda Toyota team members. When they arrive, they’re ready to contribute, be challenged, and know that they have a great team that they can trust to help them succeed.

I’m incredibly proud of our team’s work and grateful for their personal sacrifice during the company’s start-up. I’m confident that our hard work will pay off in the long-term for our team, our business partners, our customers and for Alabama.

Q: What’s the most important thing Mazda Toyota wants people to know about the joint venture?

MB: At Mazda Toyota, we aim to attract the best team members and further develop their skills to help us set the foundation for our company’s culture. And to help establish our employer value promotion, we came up with five key words: collaborate, appreciate, relate, innovate, motivate. Ultimately, we believe these key words along with our values, mission, and vision will become the foundation of our company.