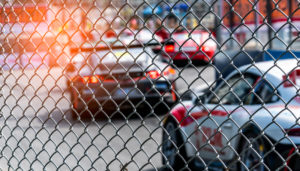 East Tennessee already draws 10 million visitors a year to take in the area’s Great Smoky Mountains National Park vistas, Dollywood and Pigeon Forge. Why not add a racetrack that could draw motor enthusiasts and also be of use for testing to the automotive industry?

That was the question being pondered recently in Oak Ridge, Tennessee, where developers for Hardin Valley Land Partners made a virtual pitch to the Oak Ridge Chamber of Commerce.

The track would be a good fit with the Oak Ridge National Laboratory and the University of Tennessee but might also prove a useful testing resource for Volkswagen, Mitsubishi and Bridgestone, according to David Hinkel, principal for The Outlet Resource Group.

The proposed development would include an amphitheater, RV area, restaurants and a conference center at the Horizon Center, managed by the city’s Industrial Development Board in west Oak Ridge.

Initially the track would start out with a modest schedule.

“We would be lucky if we have one or two events per year,” Rusty Bittle, managing partner for Hardin Valley Land Partners, told the Oakridger. Developers would seek to attract races from the National Auto Sport Association and Formula E — electric — racing.

“I think the future of racing is going to be electric, whether we like it or not,” Bittle told the Gannett publication.

The plan, as described by Bittle and Hinkel, would seek to preserve as much forested land as possible and limit noise pollution from the track.

The presentation is viewable here.