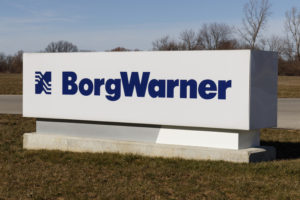 An on-the-ground report posted April 15 by the Greenville (S.C.) News painted a grim picture: piles of twisted metal, storage trailers flipped, the plant itself still standing but “almost unrecognizable” with much of the roof peeled off.

That was the situation at BorgWarner’s Seneca, South Carolina plant after a tornado tore through the area April 13, killing one worker, a security guard.

Besides the sad loss of life, there was an economic toll. The facility produced transfer cases, part of the drive assembly in four-wheel-drive trucks and SUVs. Ford Motor Co., Fiat Chrysler Automobiles and Toyota are key purchasers from the plant.

Ford, in particular, felt the pain. Some of its most profitable models, including versions of the F-150, Super Duty pickups, Explorer and Expedition SUVs rely on BorgWarner transfer cases.

The good news is that company officials said they would be able to reopen the facility this month. Ford has been tight-lipped about when it plans to reopen its plants in Kentucky, but a report in the Wall Street Journal suggests that May 18 is the current target, pending discussions with United Auto Workers officials and others.

“The recovery that BorgWarner’s been able to do, with us supporting them, has been fantastic,” Ford manufacturing executive Gary Johnson told FordAuthority.com “I’m extremely confident that when we start up our systems in the U.S. and North America, BorgWarner will support them. The risk is dropping every day.”