With a 10th-grade education and dauntless determination, Buddy Lovvorn started a business 40 years ago that has become a family-centric success. The Indiana native moved to Alabama in 1971 with a wealth of experience from having worked at steel mills. 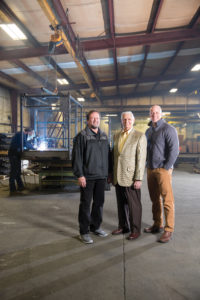 He found the right patch of land to put down roots, and in 1977 started clearing ground for a steel fabrication facility in  Scottsboro, Alabama.

His son, Greg Lovvorn, now president of BL Fabricators, recalls working with his father from the time he was 17. He was manually clearing that land with a sling blade back in the day for his dad’s first entrepreneurial endeavor involving the textile industry.

“My dad had the background in steel and fabrication and the passion and desire to start his own business,” Lovvorn says. “He was a natural entrepreneur.”

BL Fabricators is now a prominent supplier of transportation and storage racks for the auto industry, producing approximately 7,500 custom racks annually for automotive in hundreds of styles. Yearly sales hit the $4.5 million mark in 2018, and the business has grown from 6,000 square foot building into a 40,000 square foot facility through a series of three expansions over the years. That included a $400,000 expansion in 2018 that added a powder-coat system to provide a more durable finished product.

“It’s not huge compared to some, but we have had a lot of growth here over the past 20 years or so,” Lovvorn says. “Our reputation speaks for itself. We don’t even have a sales force. It’s the quality of work and our reputation that has kept us strong. Our goal is not being the biggest, but it is being the best. We play a vital role in what auto companies need on a daily basis.”

Buddy Lovvorn first built Scottsboro Structural Steel, a steel fabrication company, on that parcel of land, and all five of his children would occasionally work for him. After selling the company, that entrepreneurial spirit and skill with steel prompted the elder Lovvorn to start anew in 1991 with what was then known as BL Mechanical Contractors.

Greg Lovvorn joined the business full time in 1993, around the time the company ventured into the auto sector, doing business with Mercedes-Benz in Vance, Alabama, in the late 1990s.

“When Dad realized Alabama was becoming heavily involved in automotive, he had a vision of being part of that,” Lovvorn says. “He’s never been scared to jump into something with both feet.”

A letter to an Alabama senator led to an introduction to Honda, which was building momentum in the state and gave BL Fabricators its first opportunity to build transportation and storage racks in 2001.  Buddy Lovvorn’s understanding of steel, welding and the importance of integrity in the process made the transition to automotive racks a natural. And the company’s focus is building fleets that last five to seven years, saving the auto companies replacement costs through durability.

“We would not be here if Mercedes-Benz and Honda of Alabama had not trusted in us around 20 years ago, giving us an opportunity to provide them with a crucial product that they and their suppliers use on a daily basis,” Lovvorn says.

It was during a time of uncertainty, what the family expected to become a tragedy, that the younger Lovvorn took over the company.

“After approximately 24 years of fabricating structural steel, I was suddenly thrown into a situation early in 2001 of taking over control of BL Fabricators, Inc., partly due to my dad having recently been diagnosed with Non-Hodgkin’s Lymphoma and being told he might have one to two years remaining if he did not take treatments,” Lovvorn says. “Naturally he thought he would die. We didn’t have a lot of revenue coming in at the time, but I had the mindset that I had to do something with this business.”

Twenty years have passed since Buddy Lovvorn’s diagnosis. He beat the disease, and at 85, he often drives his 1953 Pontiac to the company he founded to visit with his son and grandson.

Looking back, Lovvorn remembers the tribulations. At the time of his father’s illness, Lovvorn knew the hands-on aspects of steel fabrication, but he wasn’t sure he was prepared for the operations management aspect. The unexpected transition was a challenge he faced head on, deciding that even if he was dealing with more educated and successful people in the industry, he had his own strong foundation.

“I’ve always been a shop guy, not an office guy,” he recalls. “Business was as dead as a doornail, and I turned into a business owner overnight, basically. I started developing relationships with Honda and all the other companies. They appreciated that I was honest and up front about what I could do. Honda gave us an opportunity to do work, and many nights I worked all night. I never went to bed and never went home. I would be putting together a rack, because I knew Honda was coming in the next day to sign off on a prototype.”

With the growth from those labors, Lovvorn knew he needed help, and his sister’s son, Blake Avans, seemed the obvious choice. He had the know-how and the drive to handle outside sales and estimates.

Now vice president, Avans has taken over management of day-to-day operations for the past six years with 30 production staffer on the floor and three more workers in office support. 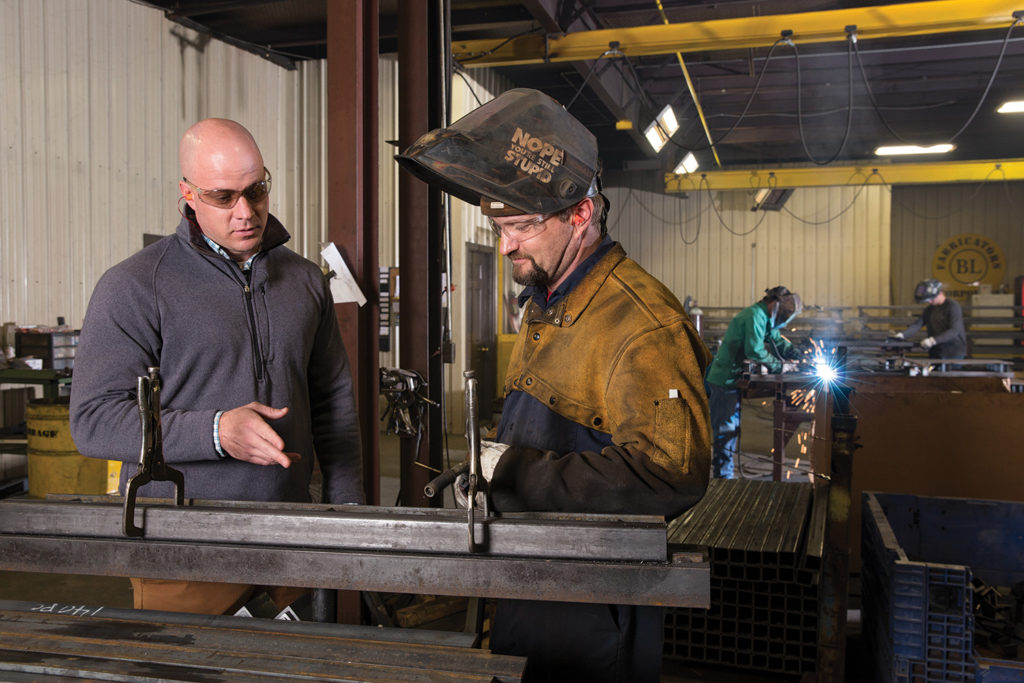 “He was ready to make a move, and he liked knowing his grandfather started all this,” Lovvorn says. “During his first year in 2013, he increased revenue by $1 million by getting involved with a large packaging company with multiple locations.”

“He’s 20 years younger than I am, and he’s driven and passionate,” Lovvorn says. “We looked at automotive growth in the South and expanding has been very beneficial to us. We’re seeing growth all over the Southeast, and we see an opportunity to grow with automotive. We could probably be larger, but we have a niche for being small. And a lot of automotive companies prefer dealing with smaller businesses because they have one point of contact and a better flow of communication. We have built a lot of great relationships with a lot of strong companies, and that will continue to keep us in business for years to come.”

Even though he’s a leader, Lovvorn’s still not afraid to get his hands dirty. He has mastered all roles in the fabrication shop and is sometimes called from his desk to lend a hand to production.

“I can remember days when an employee may be absent, and I would grab my welding hood, put my owner’s hat down and proceed to the welding station that needed parts built so the other production workers wouldn’t feel the burden of a man out on that day,” Lovvorn says. “Those who have worked for me over the years are my friends, and they all have played a part in the success of our company. I am no better than anyone that has ever worked here, whether it is a skilled welder/fabricator or the guy sweeping the floor. I just have a different job to do.”