Two weeks before her wedding, a 20-year-old woman was crushed to death in a robotic machine at an Alabama plant that stamps metal parts for automobiles manufactured in the state. The assembly line stopped, and Regina Allen Elsea and three co-workers entered a robotic station at the Cusseta, Alabama plant to clear a sensor fault. The robot restarted abruptly, crushing the young woman inside the machine.

The tragedy, which occurred in June 2016, could have been prevented if her employers had followed proper safety precautions, the Occupational Safety and Health Administration says in statement released in December of that year.  The plant failed to utilize energy control procedures to prevent machinery from starting during maintenance and servicing and failed to provide safety locks to isolate hazardous energy, among other violations, says OSHA, which levied a combined 23 citations and a total of $2.5 million in fines to the company and two staffing agencies supplying workers to the plant.

In September 2018, a worker was killed at a Carrollton, Georgia stamping plant. While setting a metal stamping die to fabricate an automotive part, the worker was struck by the upper die when it fell from the press and crushed his upper body, says OSHA in a statement released shortly after the accident. The company received four citations and was fined $23,490.

OSHA’s ongoing concerns about safety at auto parts suppliers, coupled with the high concentration of parts suppliers in Alabama, Georgia, and Mississippi, prompted the agency to extend, for four years, an inspection order that was in effect for those states Feb. 5, 2018-Feb. 5, 2019.  There were other inspection orders reaching back several years. The current inspection period ends Feb. 5, 2023 but could be extended. Inspections are ongoing. 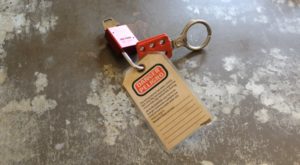 The offices will identify suppliers for inspection and provide compliance assistance. Inspections will take place 30 days after notification letters are mailed to companies, which gives employers time to contact consultants prior to OSHA’s arrival, the agency says.

Workers in the industry are exposed to caught-in, crushing, struck-by and electrical hazards due to machinery utilized in the making of parts. Caught-in can include strangulation as the result of clothing caught in running machinery and equipment. Crushing can include a worker being crushed by rolling, sliding, or shifting objects, such as semi-trailers and a dock wall. Stuck-by is defined by OSHA as injuries produced by forcible contact or impact between the injured person and an object or piece of equipment. The most frequent causes of electrical injuries include lack of ground-fault protection, equipment not used in the manner prescribed and improper use of extension and flexible cords.

OSHA wants to increase health and safety awareness within the industry as a whole and encourage employers to voluntarily take steps to correct hazards and achieve compliance with safety and health regulations and practices.

Companies have 15 business days from receipt of a citation and proposed penalties to comply, request an informal conference with an OSHA area director, or contest the findings before the independent Occupational Safety and Health Review Commission.

Automotive manufacturer associations in the REP-targeted states are working to educate members about workplace safety and other matters.

The Alabama Automotive Manufacturers Association scheduled a workshop in June to discuss OSHA, safety inspections and human resource topics. The agenda included lawyers who specialize in labor and employment law, as well as occupational safety and health management.

In early 2019, the Mississippi Automotive Manufacturers Association hosted an industrial safety seminar that attracted suppliers, OEMs and service companies from throughout the state.

The Georgia Automotive Manufacturers Association (GAMA) hosted two sold-out meetings in March and a third in May to provide information about workplace safety.

“You must keep employees as safe as possible,” says Rick Walker, president and chief executive officer of GAMA. “You must stop and fix all safety issues. That’s best for everyone. Safety must be top of mind.”

Communication of safety information within the plant is highly important,” says Walker, who adds he’s found sources for signage in several languages. “Not everyone will be 100 percent fluent in the language spoken at a business. You must communicate safety to everyone. It is the right thing to do. It is really that simple. You have to get it to the top of your priority list.”

GAMA invited William Principe, a partner at Constangy, Brooks, Smith & Prophete, to speak to association members. Principe focuses his practice on occupational safety and health regulatory issues and works with companies on compliance with OSHA and state safety and health regulations. Before joining the firm, Principe was an attorney with the Occupational Safety and Health Review Commission in Washington, D.C.

Inspections can reveal many things, and electrical hazards are frequently “got ya” items, Principe says. Examples include blocked access to a power source; overloaded surge protectors; and extension cords strung arounds columns and over beams and used as permanent wiring.

Compliance with the lockout-tagout standard protects employees from hazardous energy sources on machines and equipment during service and maintenance. Compliance prevents an estimated 120 fatalities and 50,000 injuries annually, OSHA estimates.

The agency also requires that one or more methods of machine guarding be used to protect operators and other employees from hazards, including those created by in-running nip points, rotating parts, and flying chips and sparks.

Principe says anyone responsible for plant safety should read OSHA’s compliance directives and implement them.

“You comply because you don’t want your people to get hurt, but if a serious injury occurs you are inviting OSHA into your plant. Be sure you have good machine guarding and lockout-tagout procedures in place.”